Simon was living in Grand Chute when a terrible storm came rolling through. The home that he was renting, as well as both of his vehicles, suffered severe damage from a tree that was uprooted during the storm. He was left without a vehicle to drive, as he didn’t have full coverage, and the house insurance didn’t offer protection from that kind of damage.

Simon found himself with nowhere to go. As he was facing large repair expenses for his vehicles, he didn’t have enough money to move on his own without some type of financial assistance. In an attempt to rectify his situation, he contacted the Appleton Housing Authority, which wasn’t currently taking applications and had a 2 – 3 year wait. He was however provided with a list of local housing organizations, including COTS.

After entering the Men’s Program at COTS, Simon enrolled in Financial Peace University, which is offered to all COTS residents. This financial literacy class helped him to set up an emergency fund. He relates that he is “fortunate to have survived [his] story,” and now, he proudly serves as a mentor for the young adults at COTS.

Simon’s career path has taken a few twists and turns. During the past several years, Simon has been feeling the effects of corporate burnout, having previously held various managerial positions requiring long hours. A new career path was in order. He turned to architectural design, as he already has a degree in the field. However, since receiving his degree, there have been some updates to architectural job requirements. 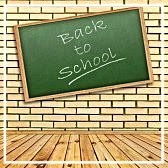 In order to land a job, Simon was faced with the dilemma of not being able to afford taking a class in Autodesk Revit, the new predominant software for architectural design. Luckily, thanks to the basic necessities that COTS is able to provide, Simon was able to save money in order to pay for tuition. “I have wanted to take this class for four years. I’m so excited about it because I will be more marketable in my field!”

After enrolling in the Revit class, Simon relates that “[his] confidence level increases as [he learns] more.” He is hoping that by demonstrating his skill to catch on quickly, he will later be able to take advantage of his instructor’s connection to Miron Construction.

Although Simon suffers from depression from his previous experiences in life, he is happy to report that he is 26 years clean and sober. His overall goal in life is “continuing to get the movement going so [he doesn’t need to] live from paycheck to paycheck.” As an important person in his life once told him, “COTS is a good place to grease your skids…to get movement, to get going.”