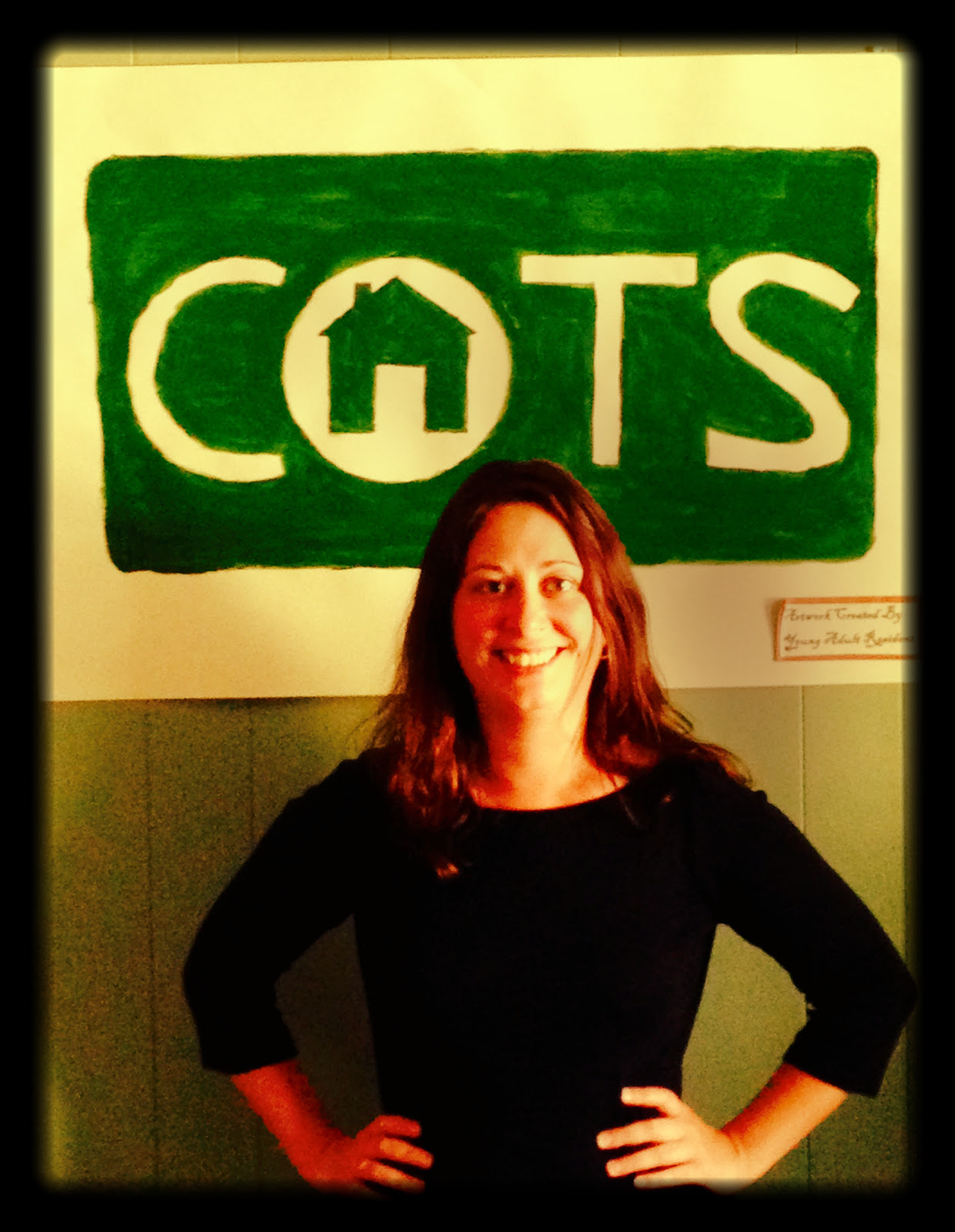 I chose COTS as a volunteer opportunity because I believed in their mission and really wanted to learn more about the organization. The more I learned, the more engaged and passionate I became about working with the residents and helping COTS with their mission.

I started as a case manager at COTS in mid-May of this year. I continue to learn and grow in that role everyday. What I love most about my job is building relationships with and interacting with the residents. One of the most rewarding experiences I have had is working with a resident on filling out job applications/resume writing and then having that resident become employed. It is such a good feeling to help people realize their goals and later watch them accomplish these goals.